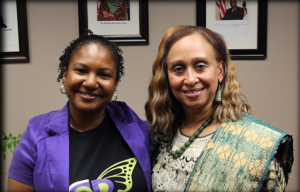 2BKaribbean editor and vlogger Marissa Williams published her interview with Cynthia Lynn Blandford, Honorary Consul General of Liberia in Georgia, on April 6. The interview focuses on the Organization of African and Caribbean Consular Corps of Georgia. This organization unites the fourteen (14) African and Caribbean consulates in Georgia around a singular mission of representing their respective countries on matters of trade, travel, and tourism.

Watch the video below and click here to read what else the Honorary Consul General had to say about young people, women, and the African-Caribbean connection.