Liberian Consulate in Georgia > About Us > Government

About the Liberian Government 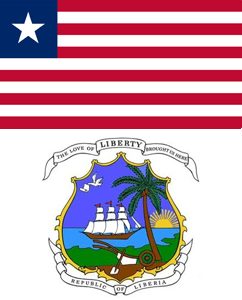 What is the structure of the government?
It is a Republic and has a constitutionally formed government with three coordinated branches: the Executive, the Judiciary and the Legislative.

The Chief of State and Head of Government is the President. There is a Vice President. Liberia has a bicameral National Assembly consisting of the Senate with 30 seats and the House of Representatives with 64 seats.

More About the Liberian Government

Is Liberia a member of any international entities?

Liberia was a founding member of the League of Nations and is a charter member of the United Nations (UN), the Non-Aligned Movement, the African Union (AU), Economic Community of West African States (ECOWAS), and the Mano River Union (MRU).

In general, what is Liberia’s foreign policy?
Recognizing that foreign policy is by and large contingent on internal economic structures and the external debt-serving capacity of a nation, the Government of Liberia encourages direct foreign investment in the country and is supportive of donor countries by guaranteeing maximum security, human rights, a free enterprise system, international norms and rule of law.

Does Liberia have a constitution?
Yes; the most recent Constitution was adopted in 1986.

Below is a listing of the Liberian Government Ministries: